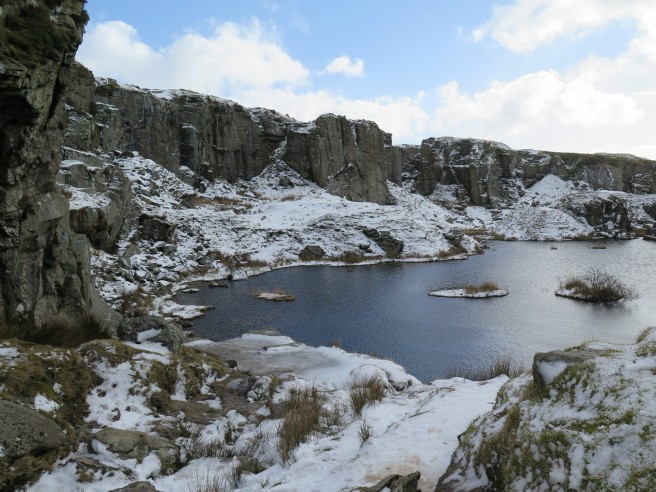 Round two and the beginning of a new year. This time, the Ocean Suite got us in nice and early on day three of my cycle. I had the ultrasound, and hallelujah, we got the green light. We started FSH, according to my plan. Not counting chickens just yet, but on day eight we went in for another scan and it was still looking good. We were given the dose and exact timings for Pregnyl to dovetail with the treatment itself, booked two days after that.

How did we feel? Well, we came out of the hospital looking at each other and thanking our lucky stars. Relieved. Thankful. At long last we were going to get a shot a this. Excited and hopeful, but wary too, trying to rein it in, keep it calm and under control, just in case something went wrong.

Day ten dawned. Sample time at 12.30, IUI time at 14.00. You lie down, legs apart and the nurse name checks to be certain she’s popping the right sample up there. It took less than a minute. I barely felt a thing. Afterwards, and we’ll never forget this as it still makes us giggle, she was really confident it all went well and told us she didn’t spill a drop! How often do they spill the sperm?! I was then encouraged to lie back and ‘relax’ with a cup of tea and a biscuit. And that’s it. After all the build up, the actual deed itself was pretty non-eventful.

Roll on the mother of all waits. Two weeks to find out whether you are pregnant. Trying to switch off and act normal so you don’t drive yourselves crazy, but on high alert, searching and analysing your body for signs. We had the nurse’s positive remarks ringing in our ears. You try not to put your faith into a throwaway comment but it’s hard not to think about it. Keep busy! We went to Dartmoor for a wintry walk in the snow and a pub lunch over the middle weekend as part of our distraction technique.

The hospital warns you not to be tempted and try an early test as you won’t get a true result. We played by the rules. Part of me was wishing the time away, dying just to find out one way or the other, but the other part went into full procrastination/superstitious mode. At last there was a real chance I could actually be pregnant and I didn’t want to burst that bubble. I didn’t want to tempt fate.

In terms of possible early signs, the only thing I noticed was that a couple of days after the IUI my nipples went bobbly, or more accurately my areole. I showed T. Of course, we instantly googled it – I defy anyone in our situation to have the will power not to! We discovered that you can get what are called Montgomery’s tubercles and they are often an early clue of a first pregnancy… or it could be a false alarm.

The moment of truth. As you would expect, I’ve done a number pregnancy tests over the years. All negative. All blows. Some with T’s knowledge, some I didn’t tell him about so I didn’t get his hopes up too.

We remember exactly where we were standing when we found out. In front of the window on the landing, looking out over the back garden.

It was positive. A beautiful blue cross instead of a line. Both of us kept checking it was still there. T revealed to me later he took photographic proof.

No further words required. Suffice it to say the nurse was right to be optimistic.

But we weren’t quite out of the woods yet.

One thought on “Counting chickens”